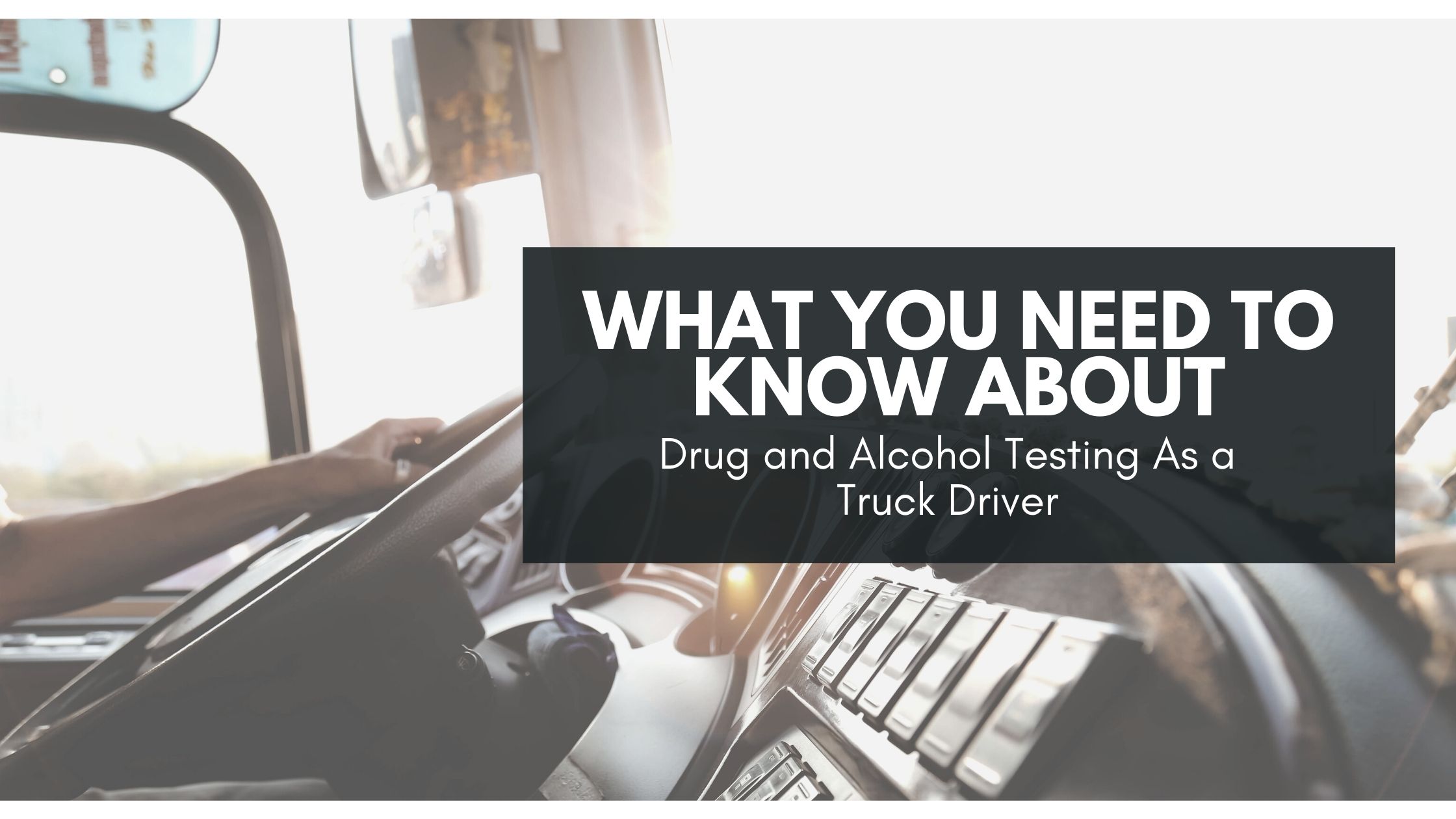 As a truck driver, it’s important for you to be aware of the requirements for drug and alcohol testing throughout your career. To stay in compliance with the Federal Motor Carrier Safety Association (FMCSA) and the Department of Transportation (DOT), truck drivers are required to be tested regularly, including at the start of their employment and while they are working on the road. Today we’re going to share with you everything you need to know about drug testing for truck drivers and when you can expect drug and alcohol testing to take place.

When Will Drug Testing For Truck Drivers Take Place?

There are various situations when you can expect drug and alcohol testing to take place. While you may not experience all of these types of testing during your career, it’s important to know about the rules and regulations surrounding drug testing for truck drivers. Let’s take a look at when you might be tested during your career as a truck driver.

For drivers with a Commercial Driver’s License (CDL), who will drive vehicles with a GVWR over 26,000lbs, you’ll be tested before you are accepted for a job with any company. This type of drug and alcohol testing is primarily done to protect the company from employing anyone who may rely on drugs throughout their employment. Naturally, if your tests come back positive, you won’t be offered a job role that involves driving a commercial vehicle.

Another common time you’ll undergo drug testing for truck drivers is when you have been involved in an accident. Even if the accident wasn’t your fault, if there was damage to your truck, an injury, or a fatality, drug tests are often undertaken following an accident. An alcohol test is required within eight hours of the incident, and the drug test must be completed within 32 hours. Click here for more information about post-incident drug testing.

One of the requirements of your employment as a CDL driver is random drug testing. As the name suggests, these tests are never scheduled for the employee and could take place before, during, or after a shift. When you are asked to complete a random drug test, you’ll need to head to the location where the drug and alcohol testing is taking place immediately. Learn more about random drug testing here, so that you know what to expect if you are called up for a test.

If you’ve previously failed a drug test and are now trying to return to employment, you’ll also be required to complete a test. During the time prior to the test, you’ll be expected to complete the treatment and return to duty process, and a negative test result is required to reinstate your emplacement.

Follow-Up Testing Upon Return to Duty

As well as being tested to allow you to return to your work, you’ll also need to complete regular follow-up tests once returning to work. These will be random tests, and you’ll need to successfully pass a total of six tests within the first 12 months of returning to work. For anyone who has previously tested positive or refused to test, you will be subject to testing for up to five years.

What Type of Test is Used for Drug Testing for Truck Drivers?

The majority of companies use the standard 5-panel drug testing procedure, which looks for marijuana, opioids, cocaine, amphetamines, and phencyclidine. This is the absolute minimum testing that can be completed to remain compliant with FMCSA and DOT standards, but some companies will do more extensive testing as per their company policy. When it comes to how you will be tested, there are a few different methods that can be used. The most common method of testing is urine testing, which is often used for pre-employment tests and is the only option for complying with FMCSA and DOT requirements.

Other options include saliva testing, which is a good choice for recent drug use. Blood testing is a very accurate solution, and it’s often used for tracing alcohol in the bloodstream. However, it will need to be completed very quickly after an incident to show up in the bloodstream. For alcohol testing, breathalyzers are often used, where you’ll blow into a device to check your Blood Alcohol Concentration. Finally, hair follicle testing and perspiration testing are also available but are less likely to be used for alcohol and drug testing within the trucking industry.

For anyone who tests positive for drug and alcohol testing, your results will be placed in the Drug & Alcohol Clearinghouse. This is an online database which employers use to check potential employees’ current records. All information on here remains on the database for five years unless the return-to-duty process is not finished before this time. As a safety-sensitive driver, you’ll need to create an account where employers can check for previous violations. You can then review your account at any time, which you should do to make sure all of your information is up to date. It’s your responsibility to ensure the information is accurate, and you’ll need to query anything that’s not correct on your account to avoid issues further down the line. Learn more about Clearinghouse enforcement to ensure you are in compliance.

If you are looking for more information about drug and alcohol testing as a truck driver, visit LabWorks USA. Our friendly team will be more than happy to discuss any concerns you may have and work with you to ensure you are always fully compliant.