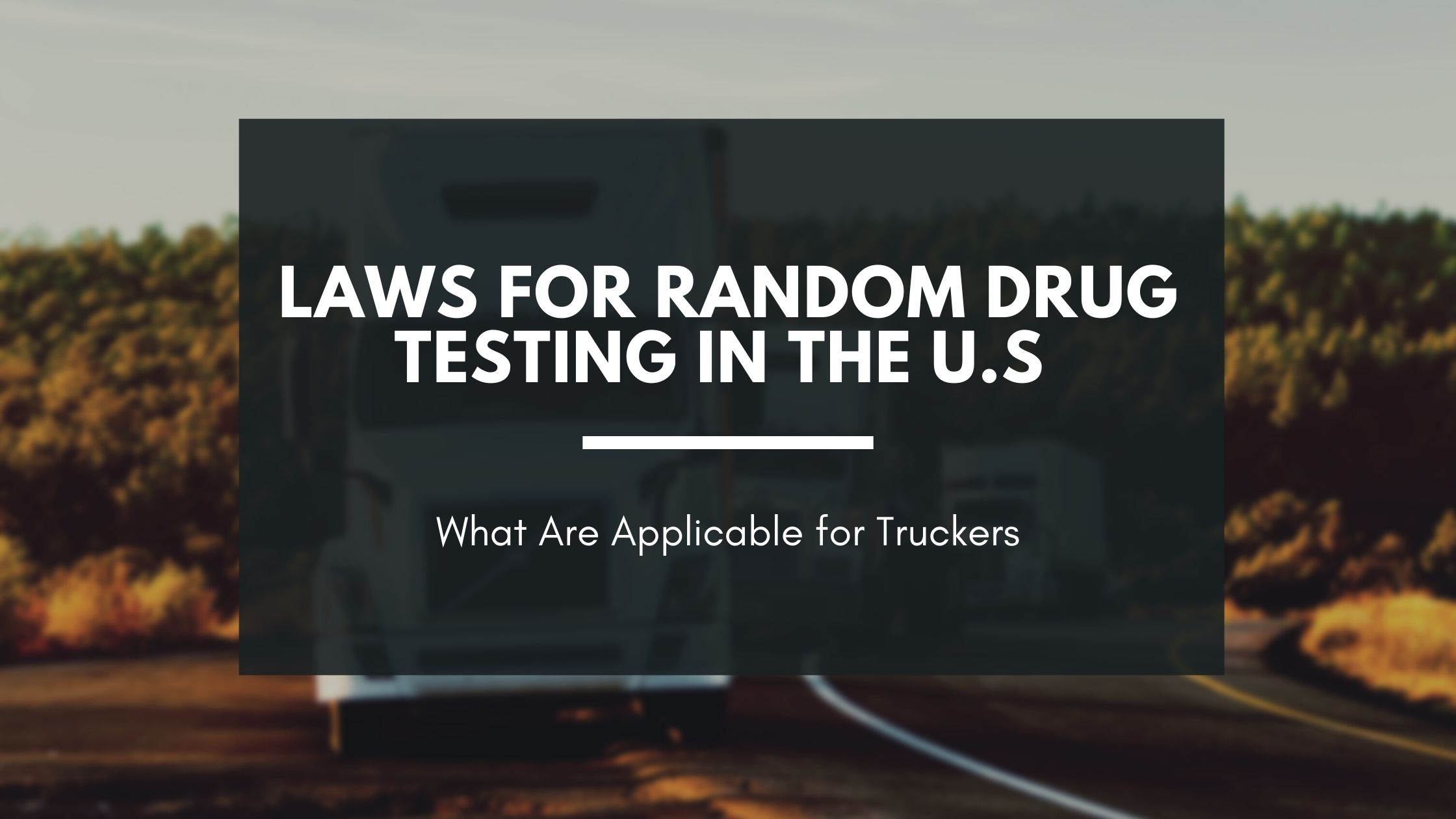 The laws for random drug testing in the U.S. might seem overwhelming when you first start to research this area. However, as a trucker, you need to ensure you are aware of the rules and regulations that might impact your career. Drug testing can take place at almost any time in your career as a trucker, and both drivers and logistics companies need to be fully aware of when and where this testing should take place to remain in compliance.

When Can Random Drug Testing for Truckers Take Place?

Which Drivers Can Be Tested at Random?

While this type of testing doesn’t fall under the category of random testing, as a trucker, reasonable suspicion testing may be unexpected to you. Supervisors trained by the DOT can direct a driver to be tested for alcohol or drugs whenever they are suspicious of your use of either of these substances. This can be based on a wide range of factors, but observations must be made for this type of testing to take place. Random drug testing laws state that if a supervisor has concerns about your appearance, speed, body odor, or behavior, you must be tested to ensure you aren’t under the influence of either drugs or alcohol.

For anyone who has been banned from driving following a positive test, you’ll also be subject to random drug testing laws following your return to work. Follow-up tests for drugs and alcohol are prescribed by the substance abuse professional who signs you off to return to work. You’ll need at minimum six unannounced tests during your first 12 months back at work. However, they can also prescribe testing for up to five years for anyone who either tested positive or refused to test at some point in the past. It’s important to note these tests will be on top of those covered for all drivers under the laws for random drug testing, and these tests can’t double up for each other.

What Happens During a Random Drug Test?

A random drug test isn’t much different from a standard drug test you may have taken in the past. When you are notified that you must attend a random drug test, you’ll have to report to the specified collection site immediately. The DOT laws for random drug testing only recognize 5-panel urinalysis tests as the means of drug testing for prohibited drugs. If any issues are found, or if you are subject to return to work testing, you will be directly observed during this testing process. You only have up to three hours to provide your sample, and if you leave before the sample is collected, this will be marked as a refusal. The only exception to this is due to medical conditions, which you’ll need to discuss before the sample collection.

Once your sample has been collected, the laboratory will report the results to an MRO. If the result is positive, the MRO will then contact the driver to see if there is any valid reason for the test returning positive. After clarifying that there are no exceptions for the positive test, you will then be removed from your job role immediately. Your employer will then have to work with a registered SAP to begin the return to duty process. This will need to be fully completed after refusing a drug test or testing positive so that you can return to your job in the future. Of course, you’ll find that this puts a lot of financial strain and stress onto your family during the process, and you’ll find that many employers won’t want to hire individuals who’ve tested positive under random drug testing laws in the past.

For more information about DOT Drug and Alcohol Testing or random drug testing laws, Labworks USA has everything you need. Contact us to discuss any concerns or questions you have today.