How Often Do Truck Drivers Get Drug Tested 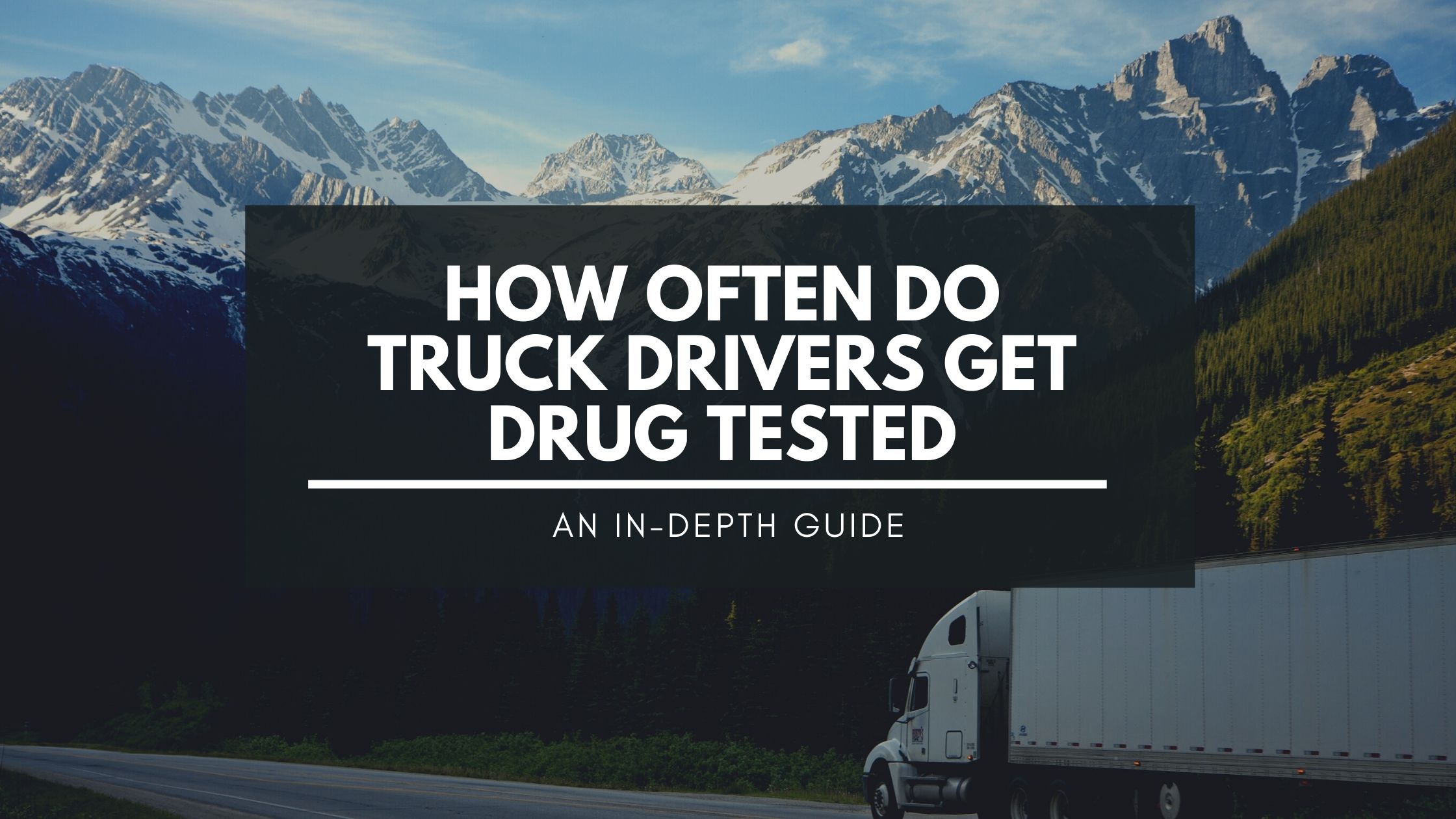 Drug testing is an important procedure that truck drivers will go through many times throughout their career. If you are just entering the industry or wondering if you are due a drug or alcohol test, keep reading as we discuss how often truck drivers get drug tested and when you can expect these tests to take place.

When Do Truck Drivers Get Drug Tested?

The DOT declares that truck drivers must be drug tested before starting employment with a new company and then randomly once a year while they are employed. There are also other situations when drug testing will occur, such as following an accident. As far as the type of drug testing for truck drivers you can expect, it’s usually done in the form of a 5 panel drug test. This is a urine test that will check for the presence of PCP, cocaine, THC, opiates, and amphetamines.

Pre-Employment – When Do Truck Drivers Get Drug Tested?

Before being accepted for a job position with a new company, you’ll be required to perform a variety of tests. As well as standard background checks, you’ll undertake drug testing for truck drivers. As long as you pass this test with no issues, you should be accepted for employment if there are no further issues with your paperwork. However, after you’ve started working for the company, if they are suspicious about your use of drugs or alcohol, you may be called in for another test. This may be following an incident or if your supervisor suspects you have been drinking or taking drugs. These accusations should always be backed up with evidence if you are a truck carrier, such as noting a smell, slurred speech, or poor appearance.

When Do Truck Drivers Get Drug Tested Each Year?

As a truck carrier, you will need to test your staff randomly each year. These tests can be provided with no warning and are used to ensure your team are in compliance and aren’t abusing drugs or alcohol while working for your company. These minimum testing rates are set by the DOT, and as a truck carrier, it’s your responsibility to adhere to drug testing for truck drivers to protect your business and the safety of your vehicles and drivers.

When Do Truck Drivers Get Drug Tested Following an Accident?

Another common time when drug testing for truck drivers will take place is following an accident. The DOT accident checklist will determine whether your driver needs to be drug tested following an accident. If the accident resulted in a fatality or treatment was required by the victim at the scene of the accident, your driver will need to be drug tested. This doesn’t matter whether the driver received a citation or not, as they’ll still need to be tested. On top of that, if your driver receives a citation for any type of accident, they will also need to undergo a drug test. For the safety of your company, drivers, and vehicles, it’s critical you ensure your drivers are undertaking these tests to avoid putting anyone at risk in the future if they were driving under the influence.

If you do fail a drug test or you have a team member who has failed a test, it’s important to follow the correct procedures for their return to work. You can check out a potential new hire’s records on the FMCSA Clearinghouse, which is something you must do before hiring a new employee. When an employee does fail a test and wants to return to work, they will be subjected to random tests for the next five years. Before this, they’ll need to have completed a program that’s recommended by a substance abuse professional and undergo the treatment or education that’s recommended by them. This will allow them to be signed off to work again if they have completed the return-to-work procedures. When checking the FMCSA Clearinghouse, you’ll be able to check if this has been completed before hiring someone who previously failed a drug test.

Why Is Drug Testing For Truck Drivers So Important?

As either a driver or a carrier, drug testing is critical for the safety of you and everyone else on the road. The FMCSA Clearinghouse was put into place to make it easier for carriers to hire individuals who were in compliance, as previously, people would often jump between companies until they received a negative drug test. Safety on our roads in the U.S. is the number one priority of this program, and it aims to hold both drivers and carriers more accountable for their actions and drug testing for truck drivers.

As a carrier, you need to ensure your CSA number isn’t too low, as this will require you to take corrective action to avoid any further issues. If you do believe one of your team members has an issue with drug or alcohol abuse while working for you, we encourage you to carry out random testing and ensure your records are always kept up to date to avoid any issues further down the line for your company.

Do truck drivers get drug tested is one of the most commonly asked questions we receive, and as you can see, they are subjected to regular testing. This is such an important procedure for everyone working in the industry, and it helps to keep everyone driving on our roads safe and secure every day. Your priority every day should be looking after the health and wellbeing of your employees and drivers, and we are here to support you with that process. We understand that the information regarding drug testing can be quite overwhelming, so we are happy to answer any questions you may have on the subject. If you’re searching for more information about drug testing as a carrier or truck driver, contact us today at LabWorks for further information or advice.