Does Delta-8 Show Up In DOT Drug Testing 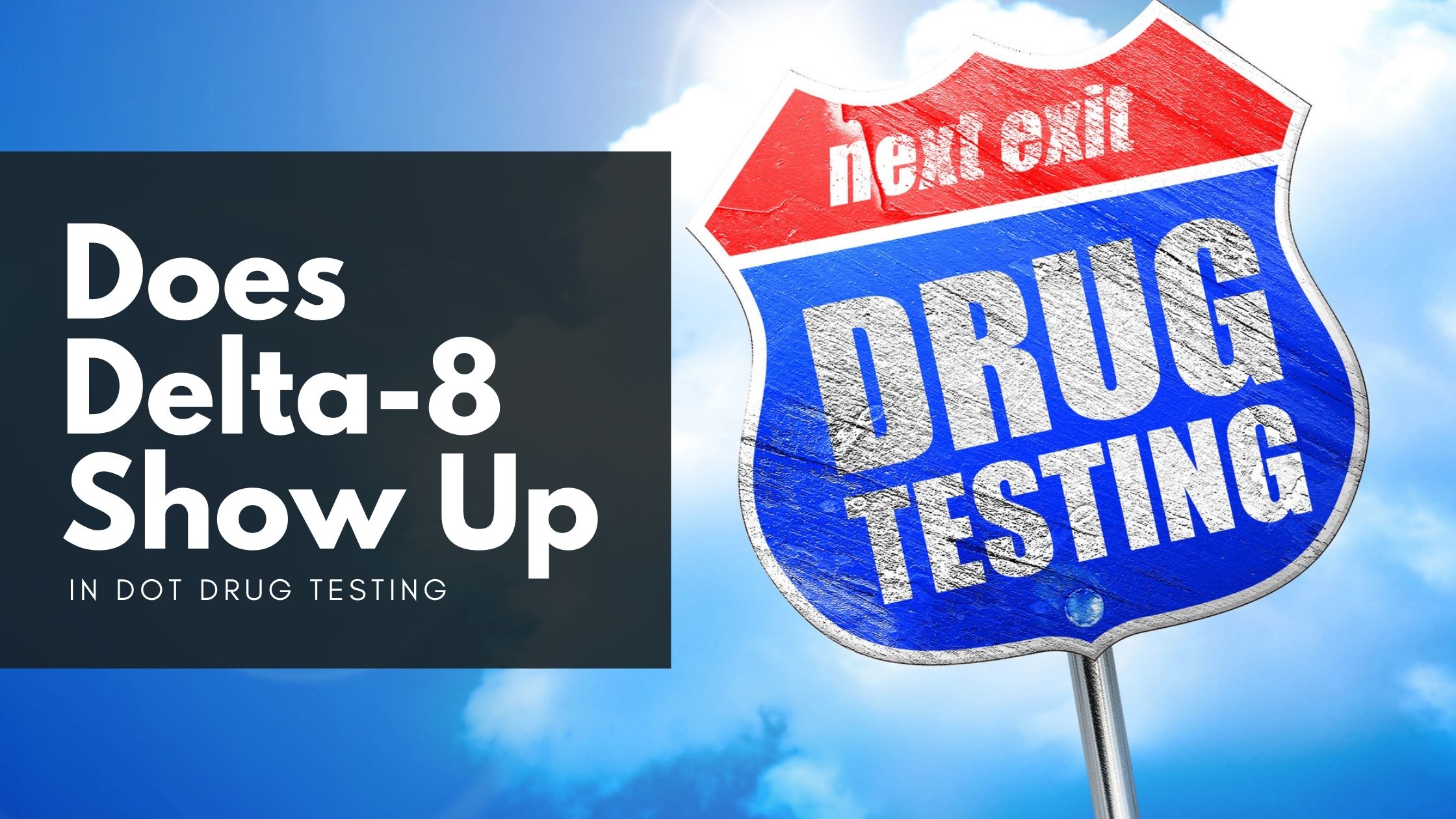 Did you know that Delta-9 THC, the substance found in recreational marijuana, is not the only strand of THC that can get you high? In the past few years, Delta-8 has been introduced as a substitute for delta-9 (and even in some situations, CBD) because of the smaller high it produces compared to delta-9.

But regardless of its legalization in some states, some people are still concerned whether or not the substance shows up on dot drug testing.

Let's explore a little bit more of what Delta-8 THC is, its effects, and whether or not it shows up on dot drug testing.

What is Delta-8 THC?

Delta-8 is a cannabinoid that is derived from cannabis plants. It produces psychoactive effects by binding with your endocannabinoid system's receptors to produce a high.

It's very similar to Delta-9 THC, the more common and well-known form of THC. So Delta-9 is actually what most people refer to when using THC.

The main difference is that Delta-8 produces much less of a high than Delta-9 THC. Because of this, Delta-8 THC is becoming much more popular among recreational smokers as a way to feel high without overdoing it.

Side Effects of using Delta-8 THC

The main side effect you'll experience when using Delta-8 is high. Highs can feel different for everyone. But, there are some common side effects that come with a high.

Commercial driver's license (CDL) drivers are subject to both random and post-accident drug testing. These are called DOT drug tests, and they are some of the more common forms of drug and alcohol testing.

These drug tests ensure that the driver is on the road while not intoxicated, as intoxication while driving can lead to some dire consequences. The consequences include but are not limited to accidents, lawsuits, mistakes in routes, loss of money, and more.

DOT drug testing checks for some of the most common recreational and/or addictive drugs, such as

Does Delta-8 Show Up In Dot Drug Testing?

Now the question is: does Delta-8 show up in DOT drug tests? The simple answer is: yes. Drug tests do not test for the actual drug itself to be in your system, but rather, it looks for signs that you have used the drug through the byproducts it creates.

Delta-8 produces the same byproducts as Delta-9 does. This is regarded as a false-positive similar to inhaling the smoke from others using the drug near you.

However, that does not mean you'll be off the hook. Even in situations where your state allows recreational marijuana use, the drug still produces psychoactive effects. As a CDL driver, it is essential that you are not under these effects while driving.

So to put things simply, Delta-8 is a newly widespread form of THC that produces a slight high compared to Delta-9 THC.

Despite this, as well as its legalization in many states, it still shows up on DOT drug testing and is handled accordingly by employers.

If you're searching for DOT drug testing near me, LabWorks has everything you need. We offer exceptional rates for CDL and truck driver testing.

If you need some more information about drug testing, please visit here.